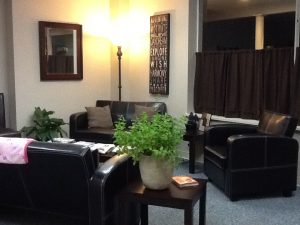 The first Living Well Chiropractic “office” was located on the top floor of a feed store in rural Lewis County, West Virginia.  The idea was to bring much needed chiropractic care to those who were unable to access it in traditional ways.  Dr. Bryant loved the community that she served in West Virginia, at the office and at the remote locations.  She traveled to West Virginia a couple of times a month to provide this essential service to her patients.

After moving to Penn Hills in January of 2011, Dr. Bryant decided that she wanted to serve the needs of her new community and opened a second chiropractic office site there.  The new Living Well Chiropractic of Penn Hills office allows her to bring the same type of loyal and caring health and wellness services to the Pittsburgh area.  To serve the increased demands of her West Virginia clientele during this time, Dr. Bryant began commuting back to Lewis County twice a week and moved her office to the local Truck Stop facility.

In December 2020, Dr. Bryant moved to West Virginia and now commutes back to Penn Hills twice a week.  In early 2021, Dr. Bryant purchased a new facility in Jane Lew, WV where she has expanded the services offered at the location to now include a massage therapist to complement her practice.

Dr. Bryant is looking forward to advancing her offerings further and supporting both communities she serves and loves.

Font Resize
Accessibility by WAH
Call Us Text Us